There was a total solar eclipse on 9-March-2016, but we were not in the path of totality in Bangkok and only got to about 40% totality. I observed the event from the eastern outskirts of Bangkok at Lat Krabang on the 6th floor roof of a hotel.  I had chosen this location, since it had a good view right down to the eastern horizon, and since outside of the city then hopefully also some cleaner less polluted air.

The actual sun rise time was 6:29 AM and the first contact of the eclipse was to occur at 6:38 AM. There was haze and cloud on the horizon, and the sun popped up above the clouds, just after the eclipse had started. The first four photos are taken directly through the telescope without any solar filter; the clouds and haze were effective at doing all the filtering that was needed. The last five photos have the Baader solar filter attached. Overall it was a rather cloudy affair. The last photo is at 8:24 AM.

Plane in front of the Sun

27-Oct-2014: Looking for the sunspot group AR-2192 at about 30 mins before sunset. It was slightly cloudy, but the sunspot group can been seen in the lower part of the solar image. I had just set up my telescope, focused it, then snapped off a couple of photos in quick succession while waiting for the clouds to pass, and a plane goes past !. 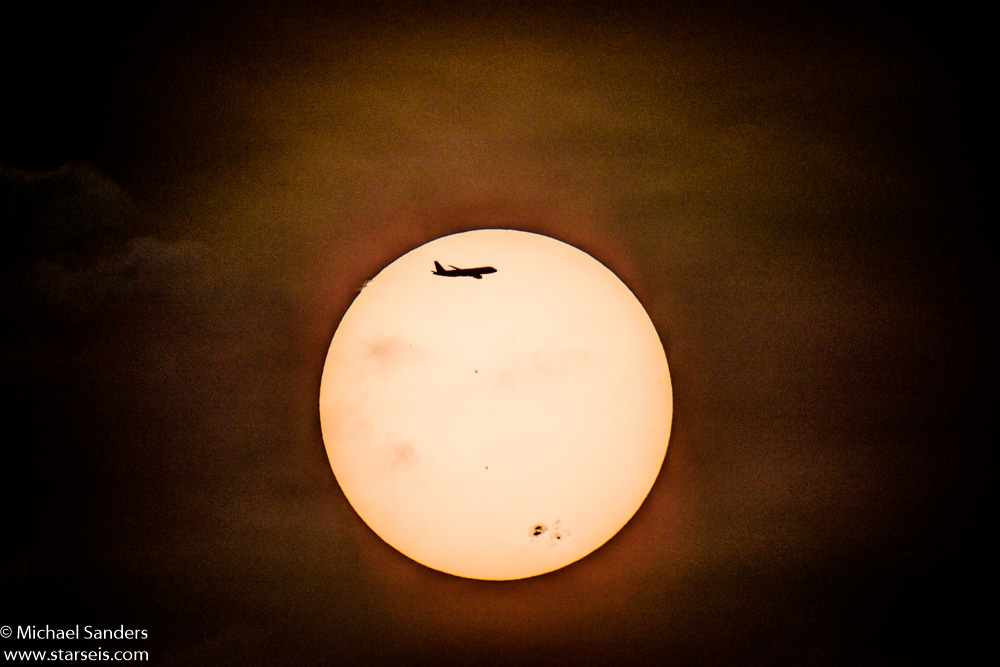 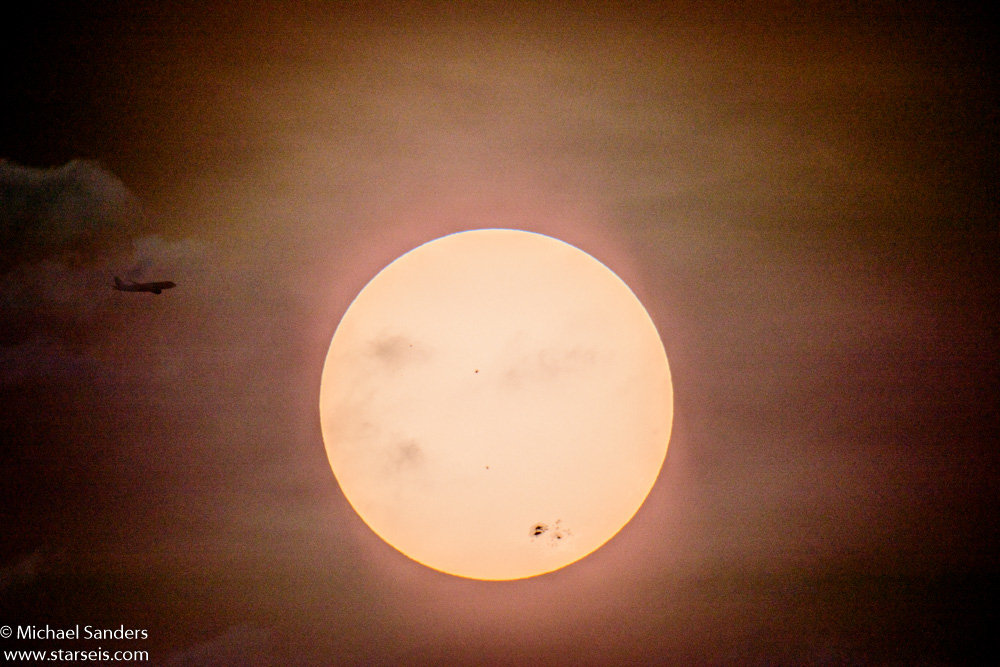 Three photo's of the sun taken on 9th, 10th and 11th January 2014, showing the sunspot group AR-1944. The equatorial region of the sun rotates around the sun's axis once very 24.5 days, so sunspots appear to move from one day to the next due this rotation. 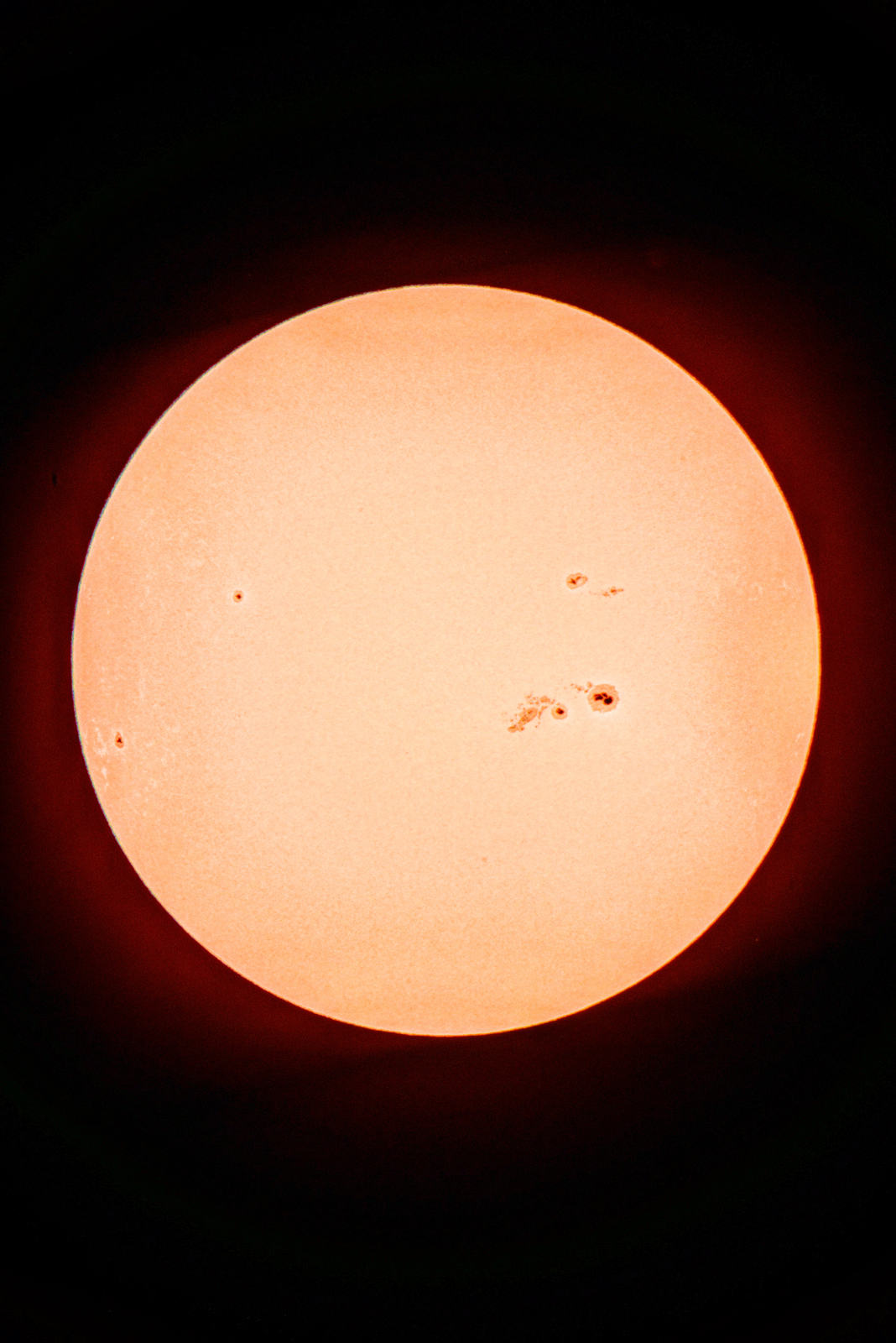 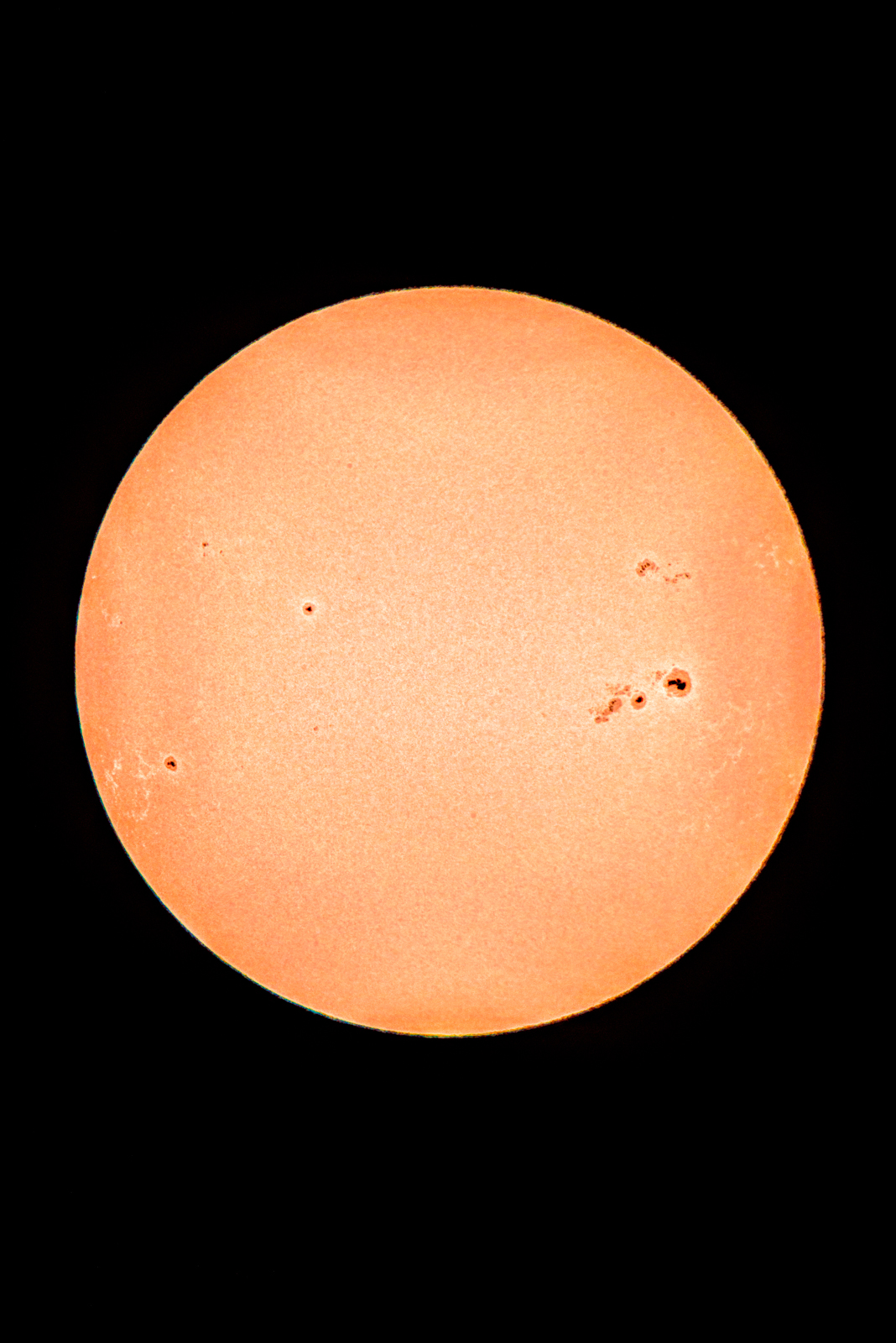 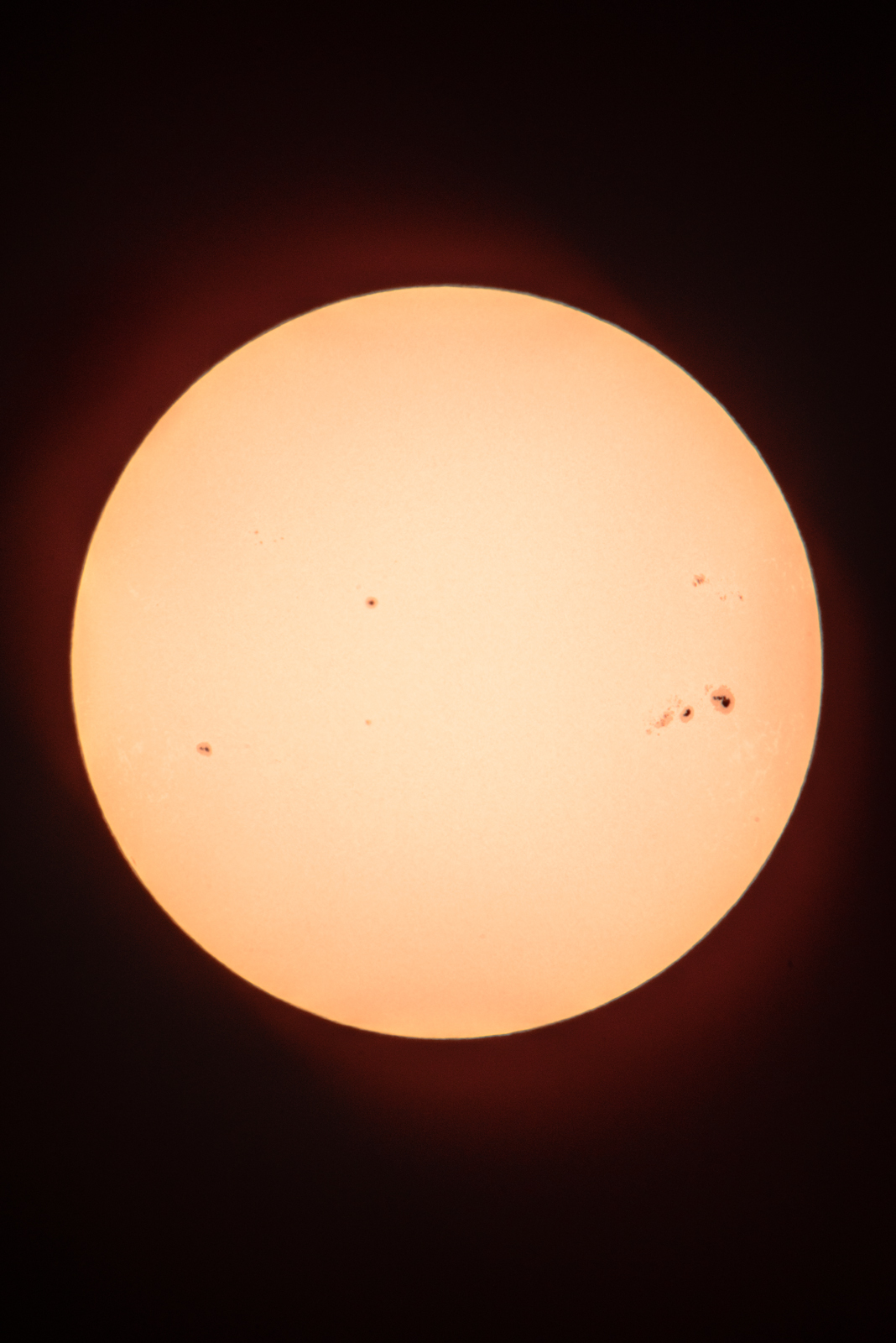 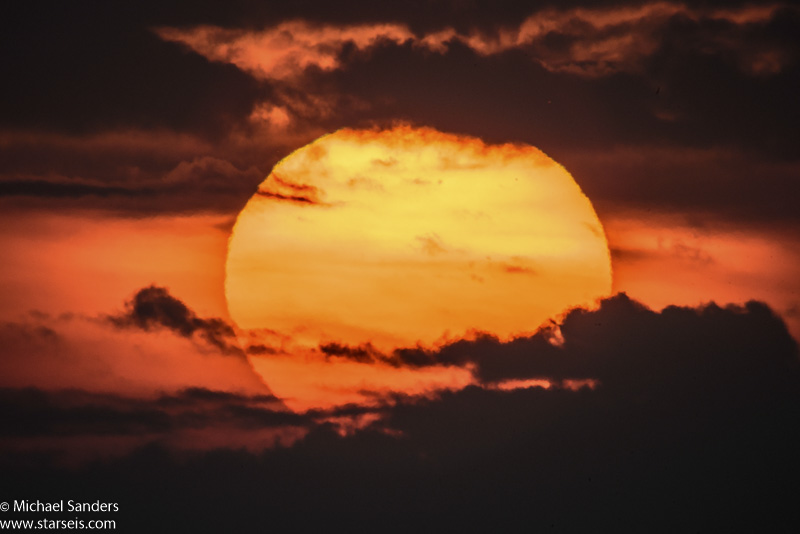