Suvarnabhumi Airport at Bangkok is a busy airport with planes landing and taking off every several minutes, so it is fertile ground for taking photos of planes.

Thai Airways Boeing 777 HS-TKU landing at Bangkok coming from Oslo. The photo above was taken when planes were landing on the eastern runway, and I was in Lat Krabang looking into the setting sun. The aim was to get a photo of a plane in front of the sun. There was a bit of trial and error to find the best place to stand, and also a bit of luck.

Above is a series of stacked photos showing the trial of lights as the planes are coming into land. 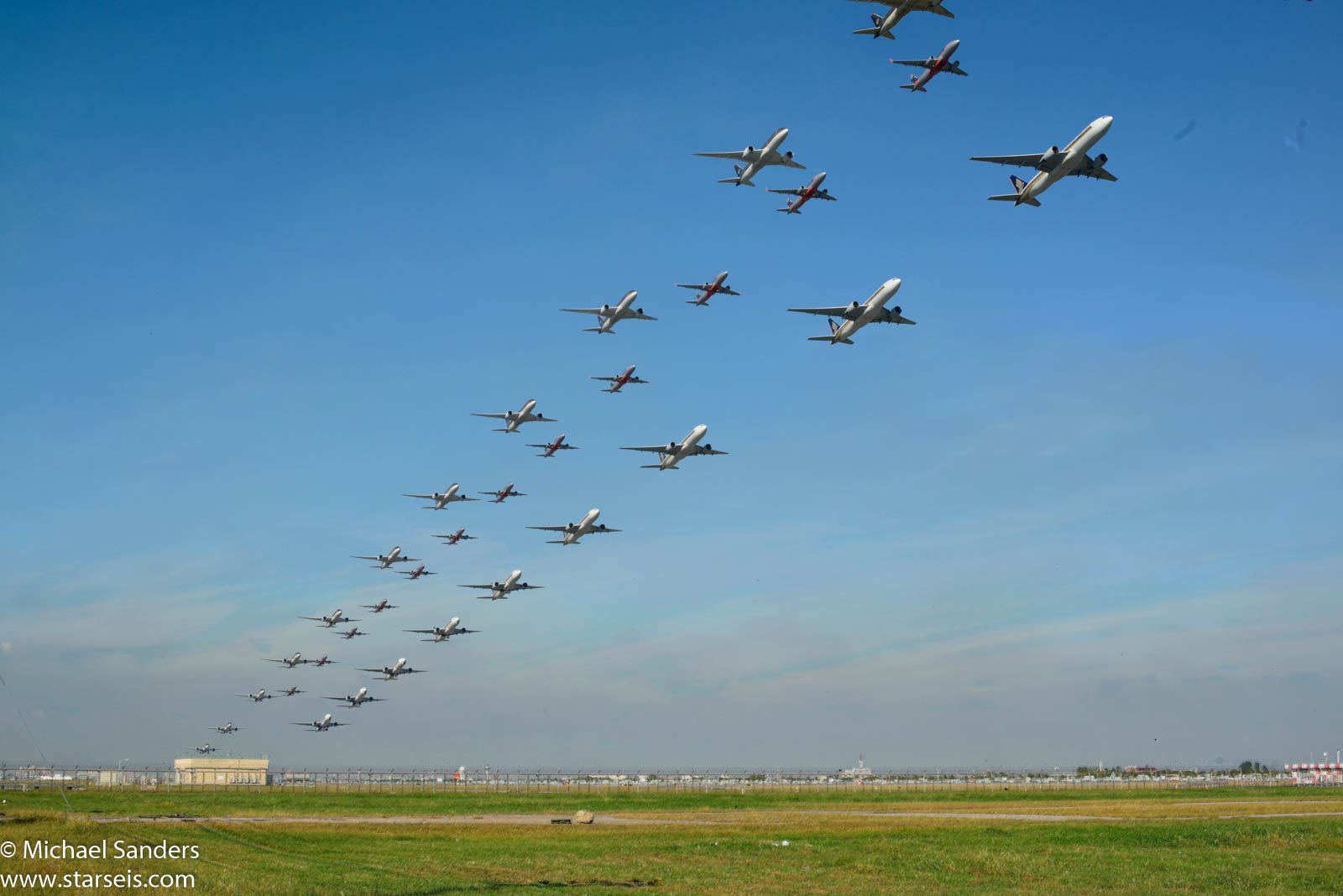 Above are more stacked photos showing planes taking off. The photos were stacked using the Plane stacking option in the StarView software that can be found on this webpage.

Emirates 777 coming in for landing.